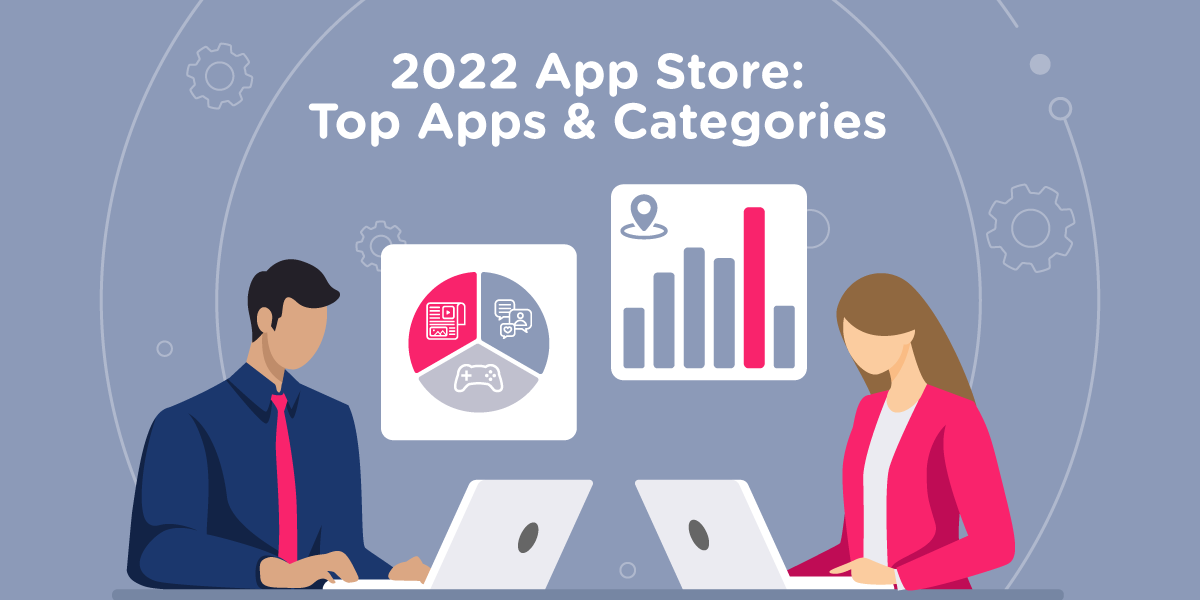 Based on SensorTower’s statistics, total downloads in Apple’s App Store reached 32B in 2022, which is almost the same as in 2021, enjoying a slight increase of 0.55%. At the same time, total revenue in App Stores sees a more significant increase of 1.22% in the whole of 2022. This article is going to break down the Appstore data, to bring you more insight into the changes in the iOS app economy. All statistic from this report is based on the Sensor Tower’s tracking data.

App Category Downloads and Revenue Ranking in 2022 for All Countries
Gaming apps and Social Networking apps are the only two categories experiencing downturns in all 3 aspects - Downloads, Revenue and RPD, though Gaming Apps revenue remains over 50% of the App Store’s revenue. We will break down the charts into major regions in the following. 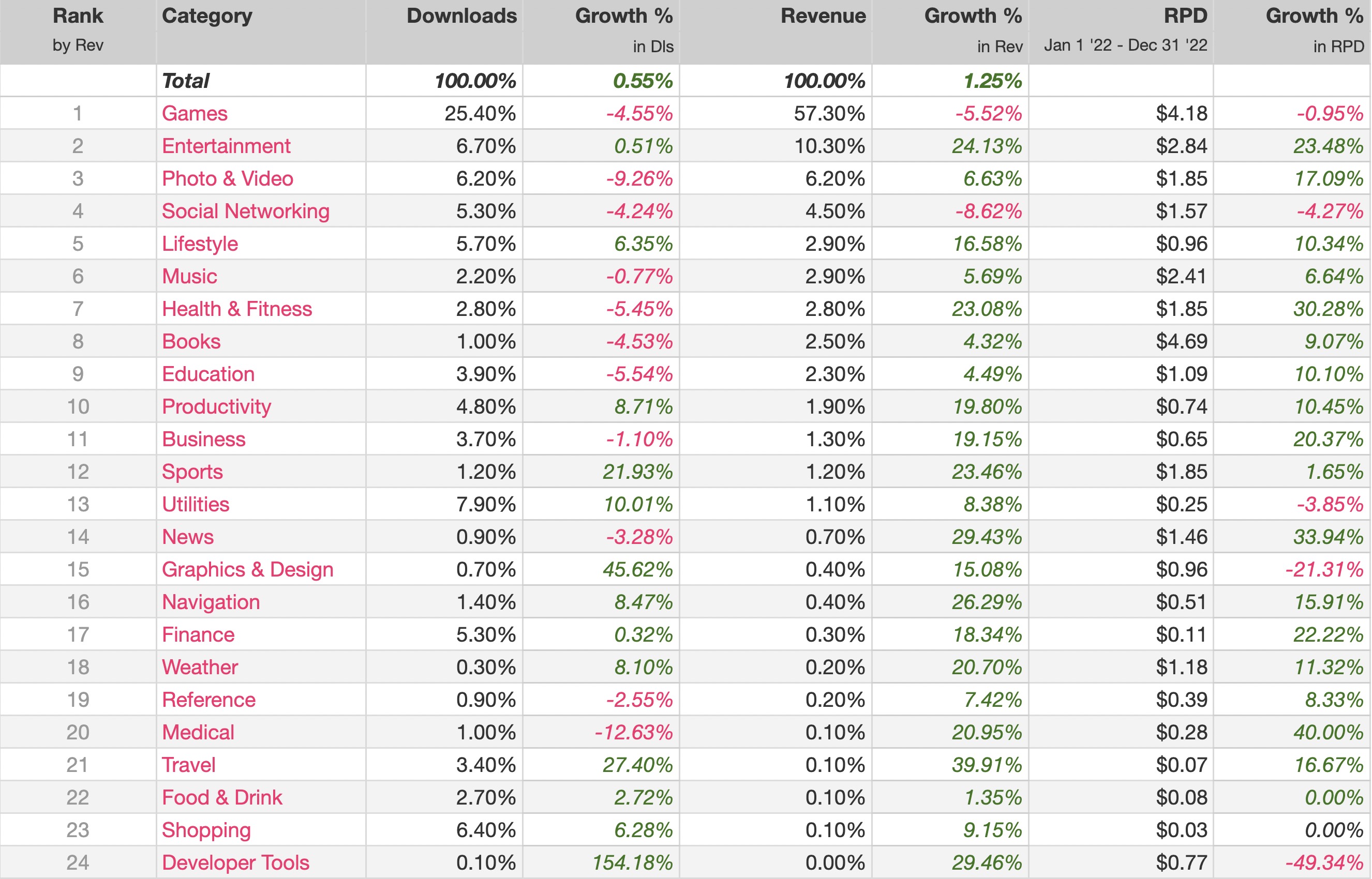 The top 10 downloads changed a bit with India surpassing Saudi Arabia in the 10th place, and the rest remaining in their seats. The United States and China still covered over 40% of the global downloads, although both decreased slightly. Among the top 10 downloads by country, Brazil has the most significant increase, by 7%.

The top 10 revenues countries in 2021 maintain their positions in 2022, and 8 out of ten have enjoyed an upward development, only China and Japan endured downward developments.

When we combined the above two charts together, we could see that there are six countries in both top 10 rankings, which are the U.S., China, Japan, the United Kingdom, Germany and France. Countries only in the Top 10 Downloads are Russia, Brazil, Vietnam, and India, while countries/regions only in the Top 10 Revenues are Taiwan, Canada, South Korea and France. I hope these rankings could help you make decisions about your app's localization strategy.

Following, this article is going to go deeper into major regions of the world, check and compare local top 10 ios APPs and categories in Apple’s App Store, which provide us with more information about the app economy and trends in each region. 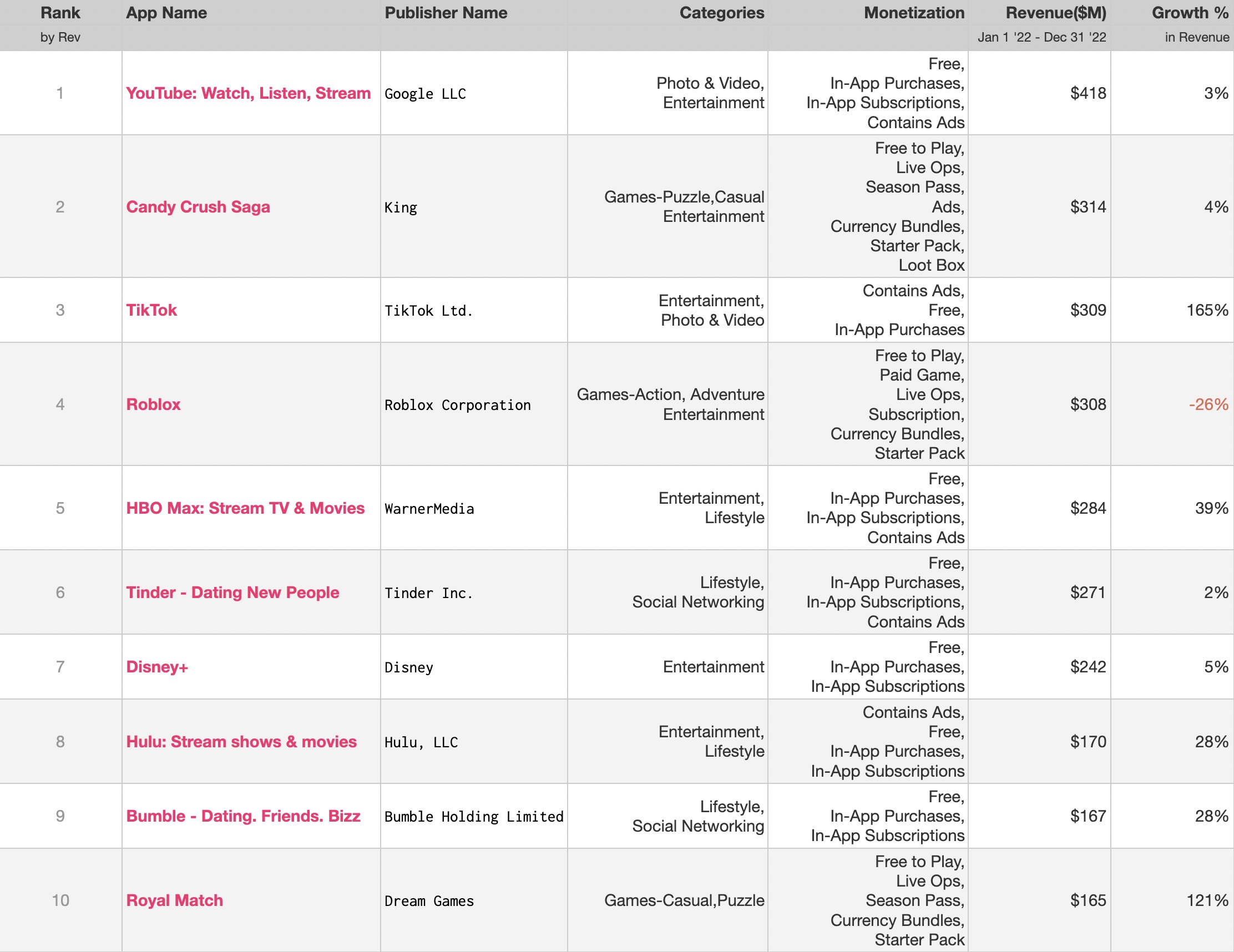 Half of the Top 10 apps in Europe have decreased in revenue in 2022, with 4 of them being gaming apps. TikTok is the fastest-growing app in revenue. 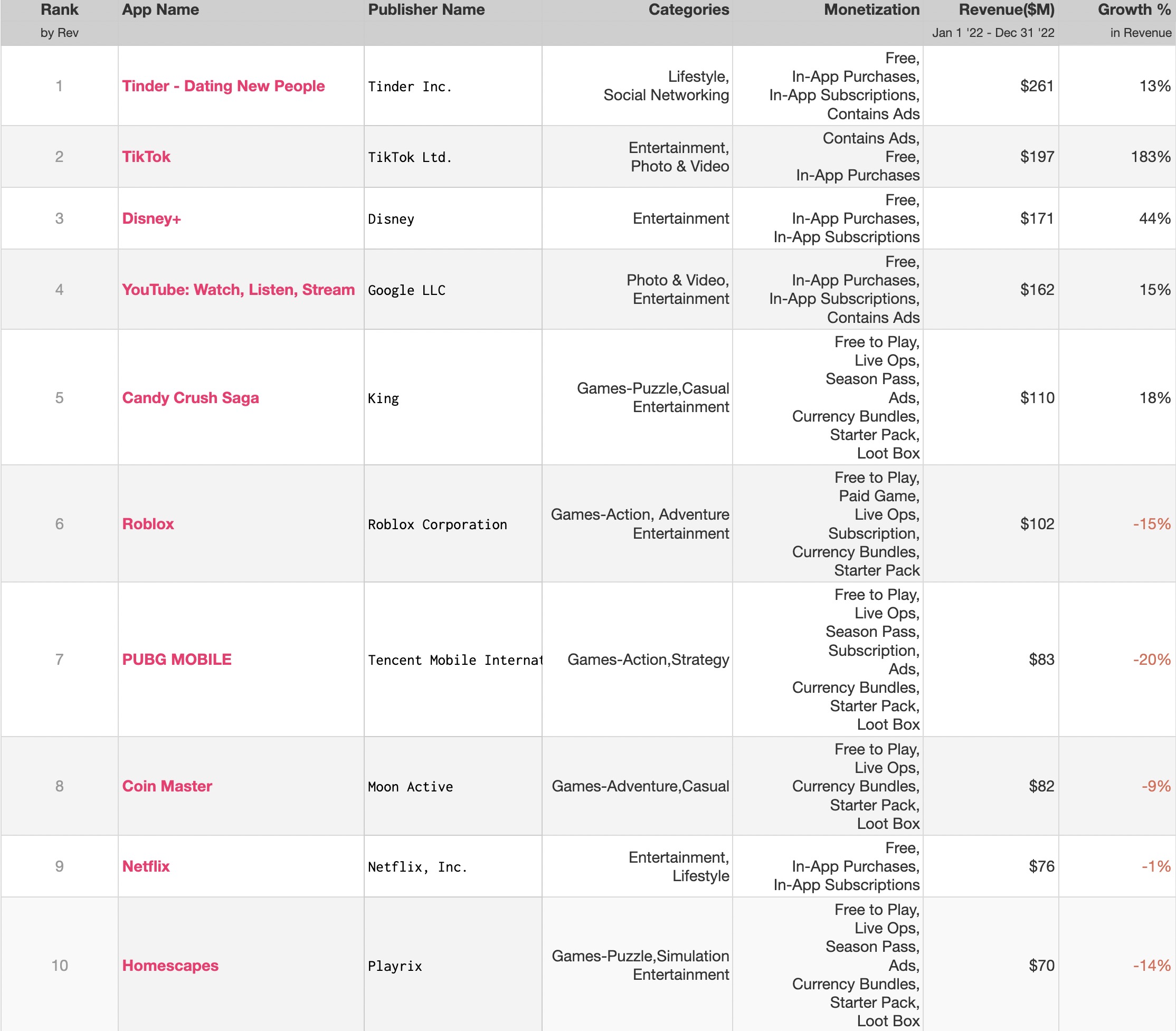 Entertainment Apps perform the best in revenue growth while Social Networking Apps suffered the worst decrease in Europe in the year 2022. 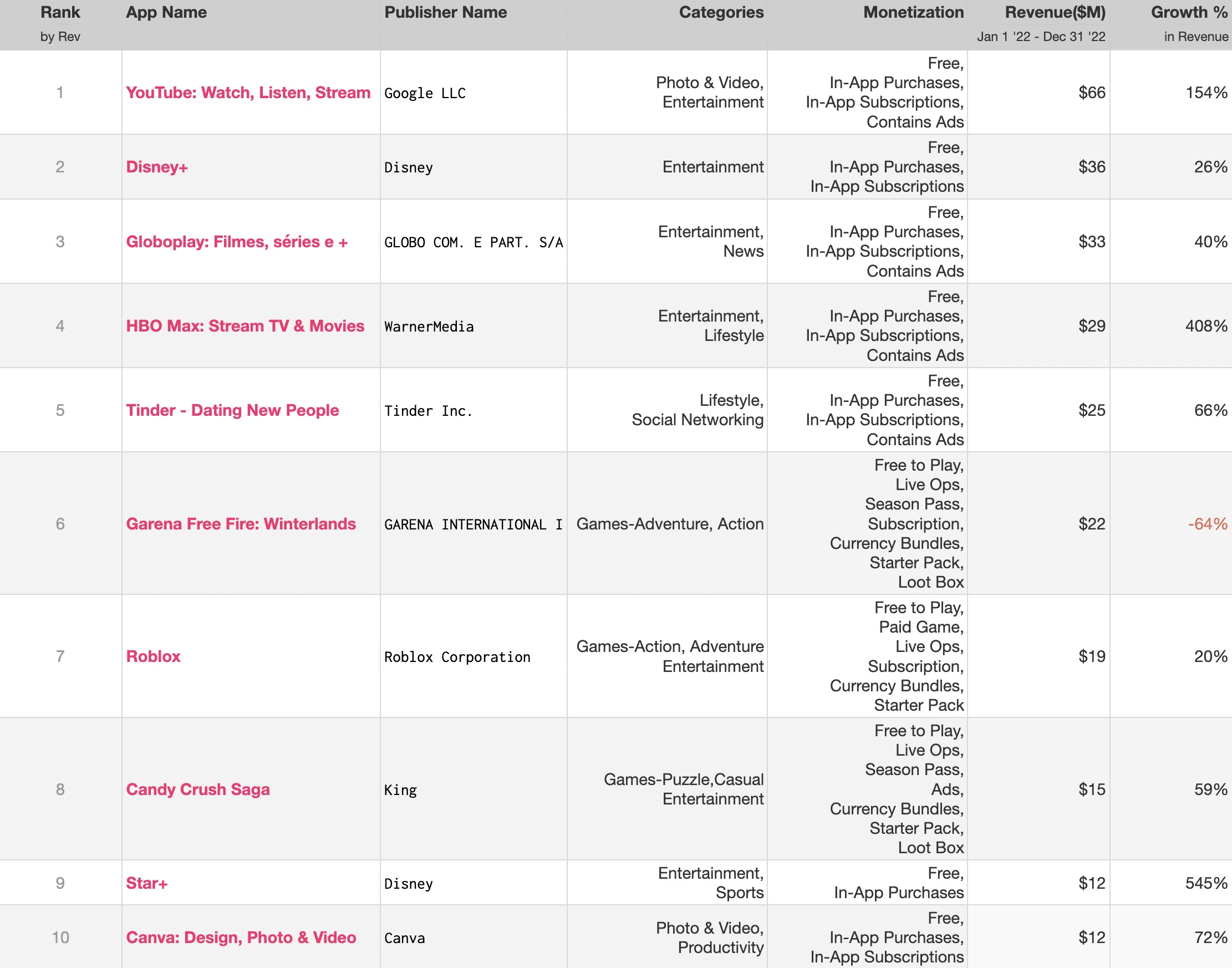 Most app categories enjoyed a two-digit increase in revenue in Latin America, except Games and Social Networking, with overall iOS app revenue having increased by 24%.

All gaming apps (PUBG, Yalla Ludo, Roblox) in the Top 10 have a shrunken app revenue in 2022. LinkedIn is the only Business Apps in the region Top 10 Grossing Apps here. 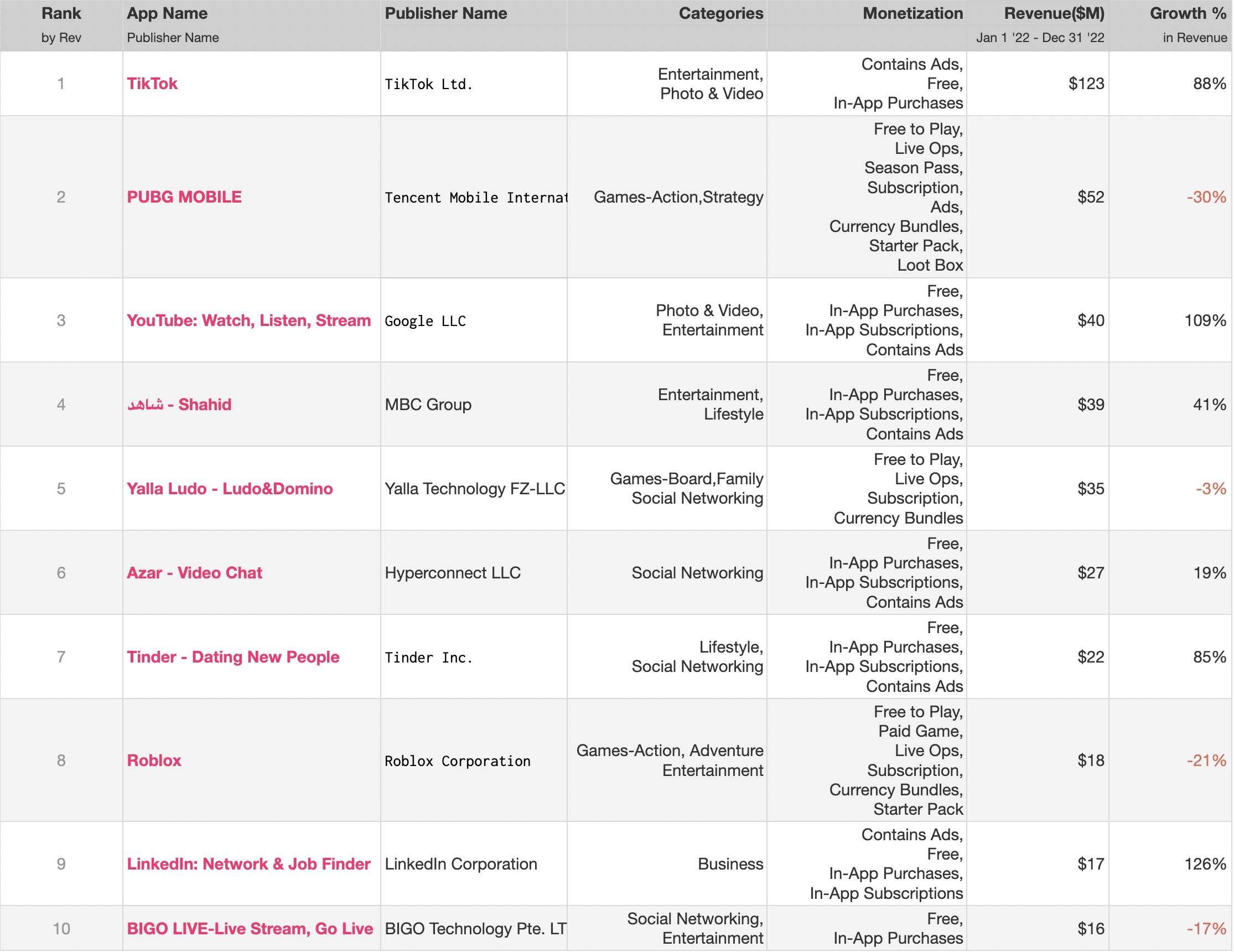 App categories have a bit of polarization in revenue growth in the Middle East, with 4/10 categories enjoying a 50% increase, and the rest just has a moderate increase or decrease.

Much like Latin America, two Entertainment apps - HBO MAX and Star+, have a robust increase in South America. 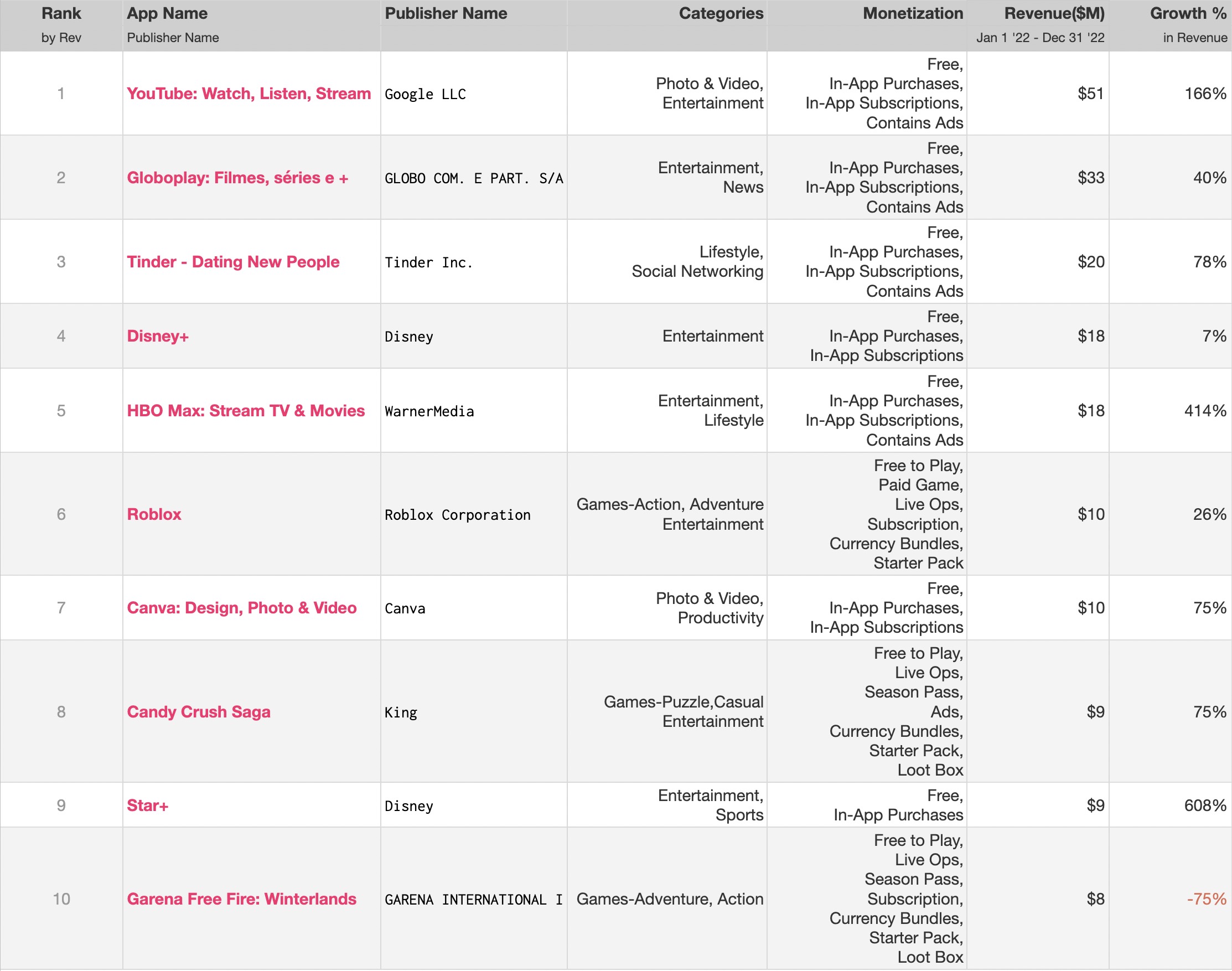 South America has the highest growth rate in Apple Store’s App revenue in 2022, especially Photos & Video, Lifestyle, Entertainment and Productivity. The share of gaming apps is the least in App Store revenue among all regions, less than 30%.

Seven out of 10 Top Grossing Apps in Southeast Asia are gaming apps, with 6 of them decreasing in revenues in the year 2022. 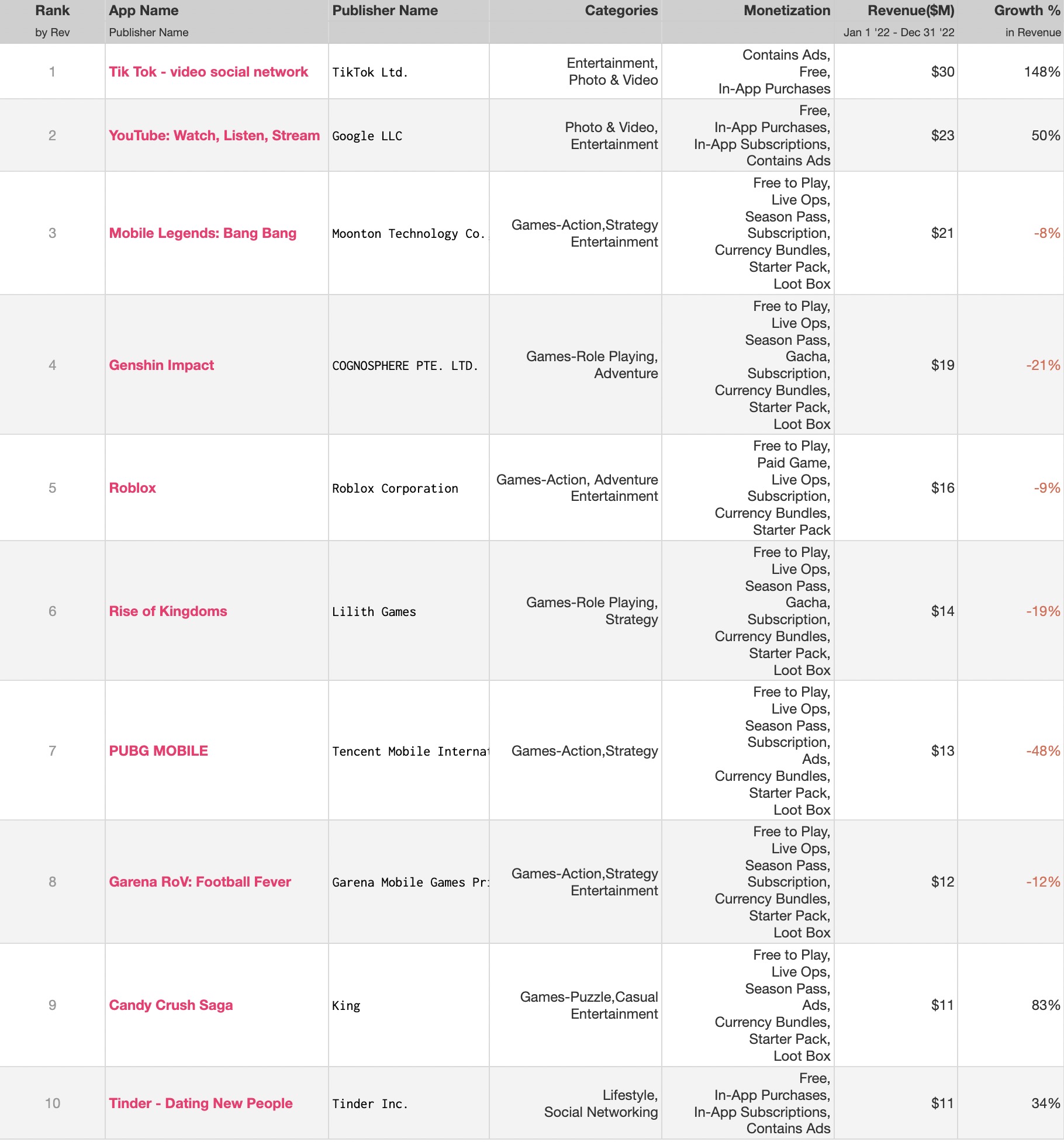 Gaming Apps have the largest share of Apple Store’s revenue in Southeast Asia, closing to 60%. Still, it is the only region to maintain a positive growth rate in gaming apps’ revenue in 2022.

Regarding Appflow.ai - In-app Subscriptions Infrastructure
Appflow.ai is an in-app subscription backend infrastructure, with in-depth subscription data analytics across platforms in real-time, managing subscribers, doing paywall a/b testing, and remote configuration for push-notifications and in-app messages all in one place. 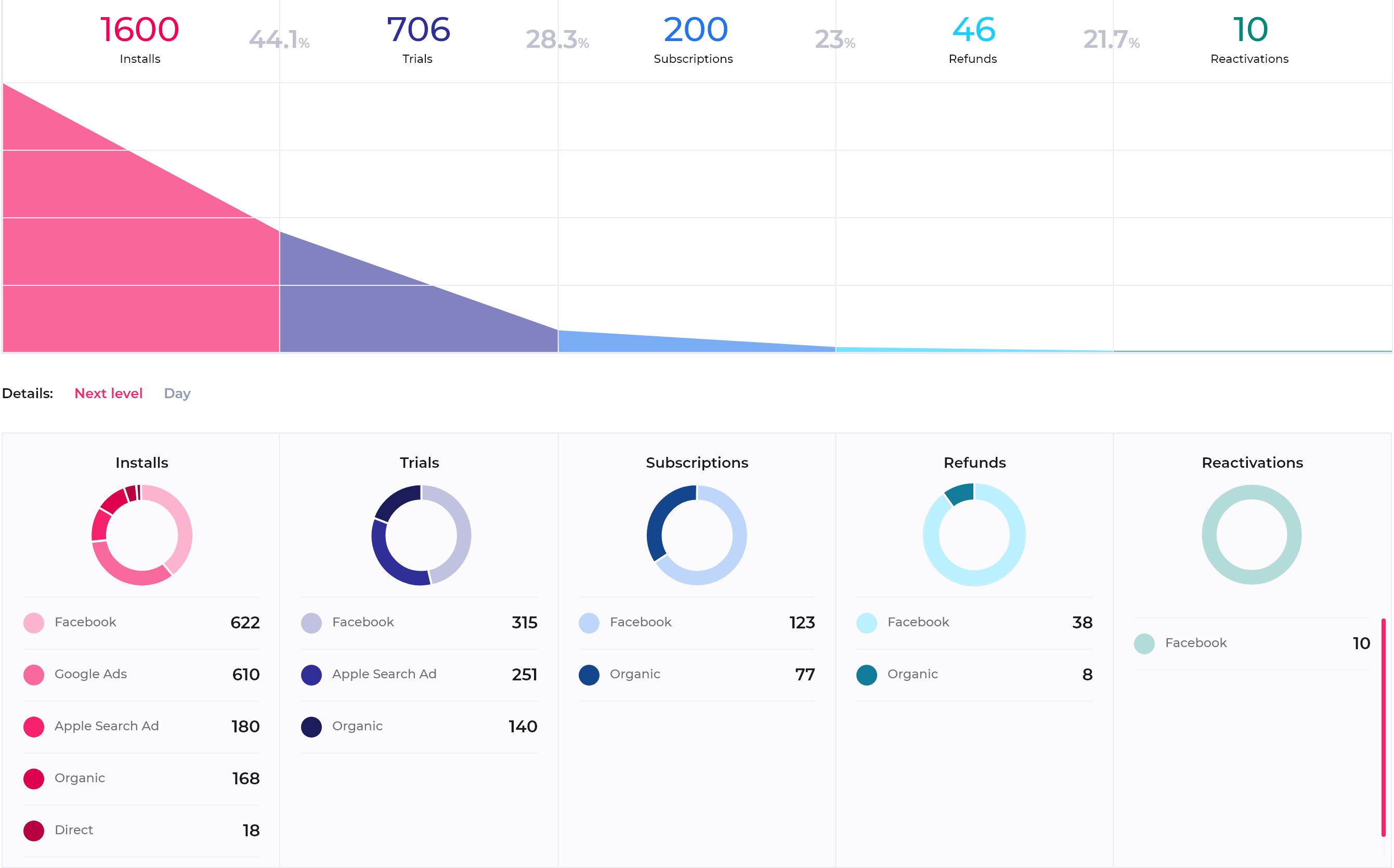 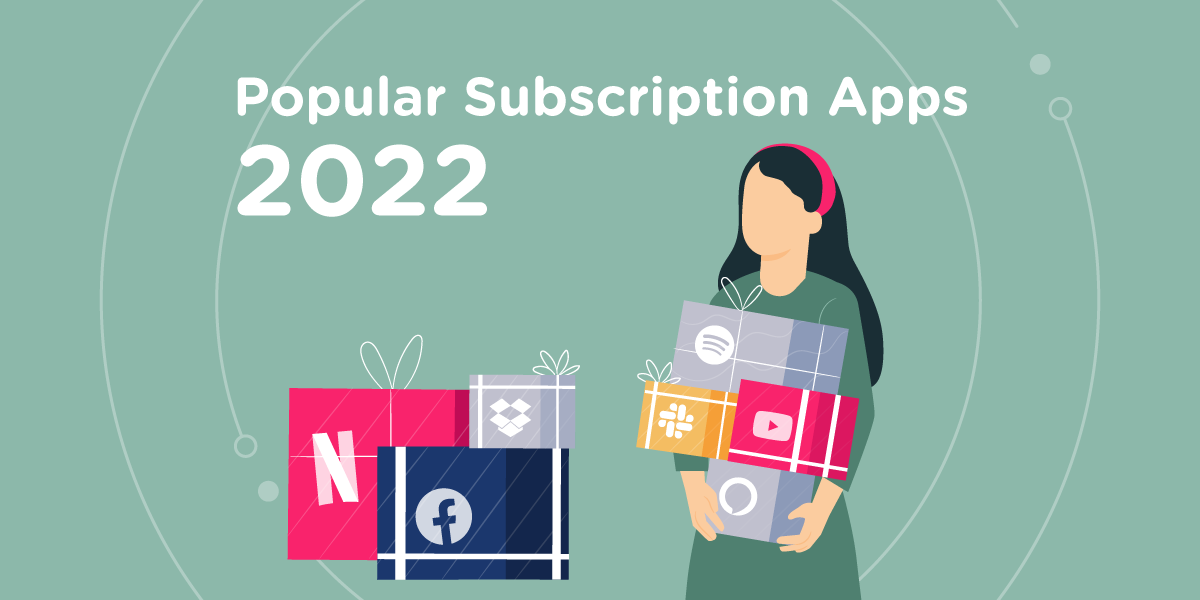 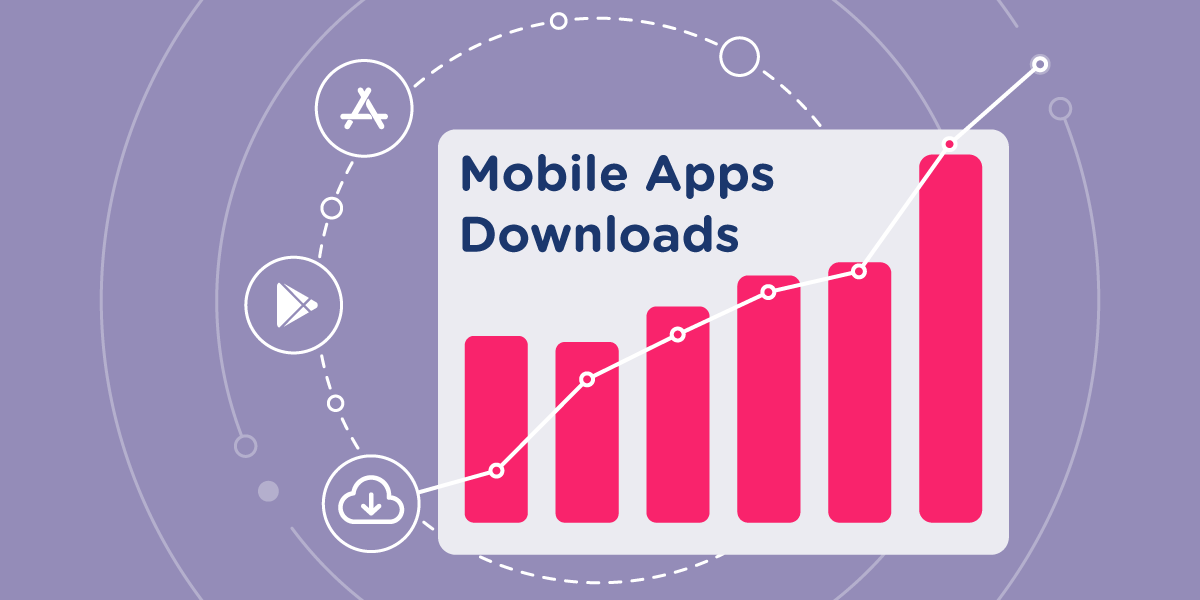 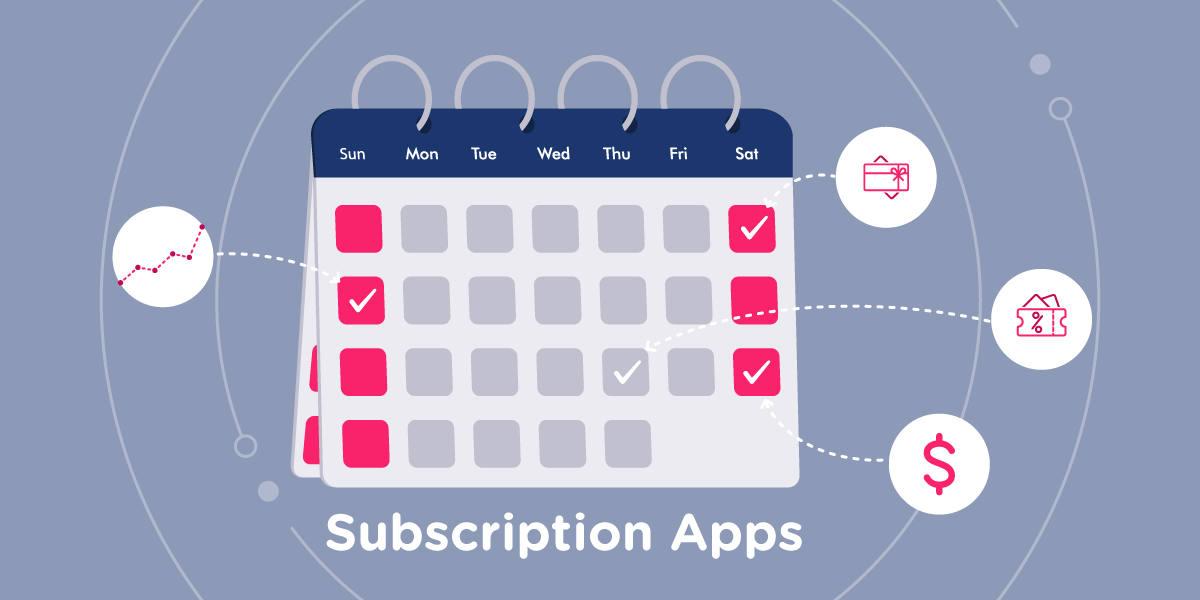